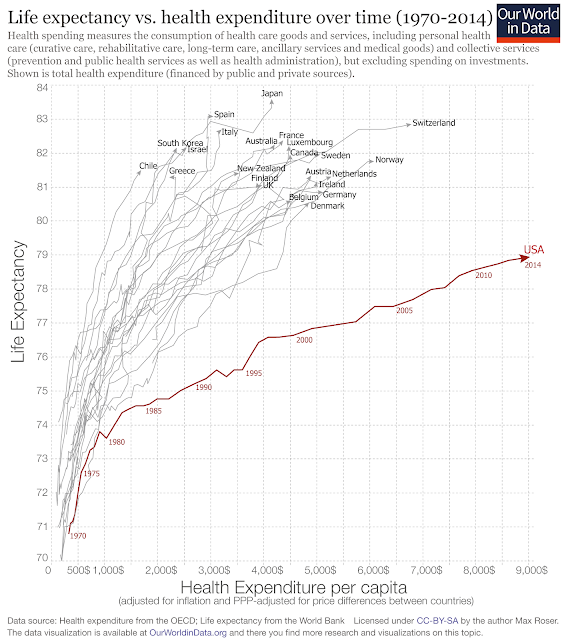 A Way to Fix a Drug Problem Without More Drugs?

Like many of my colleagues here at PRIUM and acquaintances outside of PRIUM who focus on chronic pain day in and day out, I get all manner of articles forwarded to me from friends about opioids and related medical treatment advances.  There's the spider venom that may hold the key to a more effective non-opioid painkiller.  There's the big-data, molecular-lottery approach that promises to identify medications capable of delivering pain relief without opioid side effects.  There's the on-going debate regarding medical marijuana's potential to stem opioid use.  This is just a sampling of the many studies, articles, ideas, and whims that appear in my inbox on a regular basis.

The theme that sticks out to me is the collective focus we seem to have on fixing a drug problem with more drugs.

This reminds me of the unsettling moment at last year's National Prescription Drug Abuse and Heroin Summit here in Atlanta when Surgeon General Dr. Vivek Murthy offered some opening remarks prior to the arrival of President Obama at the conference.  In those remarks, he outlined a five-step strategy to combat prescription drug abuse and heroin and the first two steps were medication-based (#1 was expanding access to naloxone and #2 was expanding access to suboxone).  I think highly of Dr. Murthy and applaud his critical efforts to combat addiction in all its forms.  And I'm not even sure his plan isn't exactly what we need.  I was simply struck, again, by this theme of fixing a drug problem with more drugs.  It seems somehow counter-intuitive to me or, at least, not getting at root-cause issues.

So I was intrigued last week when I read about a study out of the University of Utah, Duke University, and Washington University in St. Louis.  The collaborating bioengineers have figured out a way to potentially manipulate our genetic code to suppress chronic pain.  For those rightly uncomfortable with the idea of messing with human DNA, the researchers are not editing or replacing genes.  Instead, they're using something called the CRISPR (Clustered Regularly Interspaced Short Palindromic Repeat) system to modulate the way genes turn on and off in order to protect cells from inflammation and tissue breakdown.  Early experiments point toward the possibility of eliminating the inflammation, cell death, and tissue damage associated with, say, low back pain caused by a herniated disc.  Sounds useful.

Three quick observations:
1) This is at least 10 years away from human application.
2) Even then, it's not a panacea.  Surgery may still be required to fix underlying, biological causes of pain (though wouldn't it be nice to isolate that from non-biological, psycho-social contributors to pain?)
3) This work was funded by a National Institutes of Health grant, the likes of which could disappear if the current draft White House budget were to be adopted.

What's Past is Not Prologue: Formularies Differ by State

I've recently heard predictions regarding California's forthcoming formulary that are based on the experience of Texas over the last five years.  Both are large states.  Both have well recognized, embedded utilization review processes.  And they have tertiary dispute resolution processes that, while not precise analogs, nonetheless look similar to one another (the Texas IRO process and the California IMR process).

So we might expect California, when it adopts it's drug formulary on or about July 1, to exhibit behaviors and results that are similar to the results Texas has achieved with its formulary (see my colleague Mark Pew's recent blog posts for insight into the CA timeline).  In Texas, prescriptions for "N" drugs fell by 81% and the costs for those same drugs dropped by 80%.  Total opioid scripts dropped by 8% and total drug costs in the state's work comp system fell by 15%.  All of this occurred with no discernible increase in loss adjustment expense (primarily, utilization review). So we might expect the same from California, right?

I don't think so.  I offer three key data points in defense of that view:

First, the formularies are not the same.  Texas relies on Work Loss Data Institute's Official Disability Guidelines, Appendix A (which lists medications are either "N" or "Y" based on whether they are recommended for first-line therapy).  California has used as its starting point Reed Group's MDGuidelines in order to incorporate a formulary into MTUS.  The list of "non-preferred" drugs in these guidelines is a different, and frankly more restrictive, list than the ODG list of N drugs.  For instance, ODG has some opioid analgesics in the "Y" category.  The MDGuidelines categorized all opioid analgesics as "non-preferred." The two organizations take different approaches and I'm careful to avoid expressing preference for one or the other (PRIUM works closely with both sets of guidelines).  The important take-away here is that the two states are relying on different formulary approaches.

Second, about 38% of CA's lost-time claims have attorney representation.  That number for TX is 6%.  There are lots of reasons for this (attorney fee schedules come immediately to mind) that have nothing to do with formularies.  But adopting a formulary in a state with injured worker representation in the single digits is a fundamentally different proposition than adopting it in a state where 4 out of every 10 injured workers on indemnity have a lawyer.

Finally, loss adjustment expense in CA is already running at about 35% of total losses (which is 83% higher than the median in WCRI's latest study on LAE).  When the TX formulary came into full effect in 2013, the number of IRO decisions from 2013-2015 ranged in the 1200-1400 range per year over that three year period post-formulary implementation.  The number of IMR decisions in CA in 2016?  164,136.  And this is before the adoption of a formulary. Long term, as the prescriber community adjusts to the formulary list and its associated rules, the number of medication-related IMRs may in fact moderate.  But for the latter half of 2017, I wouldn't count on that happening.

Michael
On Twitter @PRIUM1
Posted by PRIUM at 2:13 PM No comments: