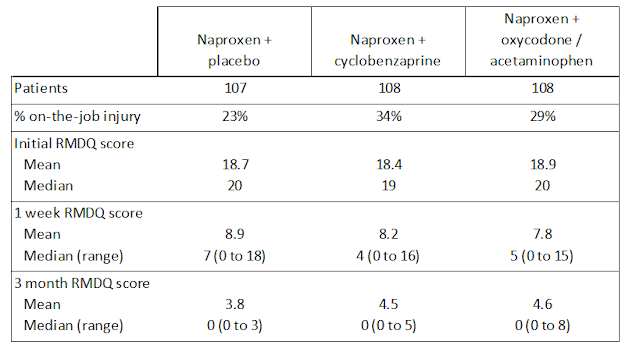 USA Today published an interesting point/counterpoint this week on the question of whether doctors should be forced to check a prescription drug monitoring database prior to writing a prescription for an opioid.  The advocates for such an approach (me included) argue that fundamental public health concerns trump the arguments against mandatory checks, primarily that this new step in the process of clinical delivery presents privacy and convenience hurdles.

But if one examines the true concerns of clinicians that have pushed back against mandatory PDMP checks, one would find a deeper, more meaningful, more consequential issue: when it comes to prescription drug misuse and abuse, government regulators are exhibiting ever higher levels of distrust of the medical community.

Perhaps nowhere else has this been laid more plain than in Massachusetts.  Governor Charlie Baker, a former physician group and health plan CEO, has proposed an aggressive set of measures to stem the opioid epidemic in his state.  I'm not using the term "aggressive" lightly here...

Among several other potentially controversial provisions, the proposed bill would limit new prescriptions for opioids to 72 hours (with very limited exceptions for emergency situations).  A patient in Massachusetts might go to the doctor, complain of low back pain, and receive a script for pain management.  But the max a doctor would be able to write is a 3-day script.  After that, the patient would need to come back to the doctor for an additional script if the continuation of the medication is deemed necessary.

As expected, the reaction of Massachusetts doctors appears to range from supportive to skeptical to deeply concerned.

I haven't decided whether or not this is a good idea.  I'll be researching the approach and discussing it with others for a while before I come to any conclusions.

What strikes me is that regulatory bodies ranging from state work comp agencies (think "closed formularies") to state legislators (think "mandatory PDMP checks") to state governors (think "Charlie Baker's plan") are essentially saying: Enough of this.  It's gone on too long and too many people are dying.  The clinical community has had their chance.  It's time for us to step in and shut this down.

Will there be unintended consequences?  Yes.  Will it result in the mitigation of prescription drug misuse and abuse for which we all hope?  TBD.

Might the clinical community awake and recognize the necessity for them to self-correct this problem to avoid further unwelcome intrusion into clinical practice from the regulatory community?

A Prescription for Preventing Overdose Deaths

I've been openly critical of the American Medical Association's approach to the opioid epidemic. I've labeled it "necessary, but insufficient" - meaning that the initial recommendation of the AMA's Opioid Abuse Task Force was to encourage physicians to register and use their state's prescription drug monitoring program (PDMP).

In response to that blog post, several physicians reached out to me to express their frustration with the AMA.  One of PRIUM's physician consultants pointed out that AMA membership now represents a mere 15% of practicing physicians in the US.  I checked that stat and she's right.  AMA membership has been steadily declining since the 1950s, when nearly 75% of physicians belonged to the group. I'm beginning to understand why (though I'll admit the AMA's support for the Affordable Care Act and the rise of specialty physician associations has certainly contributed).

I did award points for the AMA's willingness to join the discussion and offer solutions.  I expressed hope that this was just the start and that we would see further, more aggressive measures among the future recommendations that the task force promised it would be making.

This week, the AMA Task Force has offered the next step: "With the United States in the midst of an opioid misuse, overdose, and death epidemic [emphasis added], the AMA Task Force to Reduce Opioid Abuse strongly encourages widespread access to naloxone as well as broad Good Samaritan protections to those who aid someone experiencing an overdose."

We should all be advocating for increased access to naloxone, though I've focused my advocacy on providing the overdose antidote to first responders and care givers in high risk populations.  The concept of co-prescribing and physician standing orders (every script for an opioid comes with a script for naloxone) troubles me.  The AMA statement encourages doctors to ask the following questions when considering co-prescribing naloxone:


With the exception of that last question, this should represent the list of questions doctors ask themselves to determine whether they should continue to prescribe opioids at all (vs. considering whether to prescribe another drug to counteract the potentially disastrous side effects of the current medication regimen that is so obviously dangerous, the risk of overdose appears imminent).

This latest set of necessary, helpful, but totally insufficient recommendations from the AMA helped me to recognize what I think is the fundamental issue with their approach: These recommendations are focused on how to deal with risks after the drugs are prescribed and dispensed.

So here's my challenge to the AMA: What can we do before the drugs are dispensed?
(Here's a hint: mandatory education would be a big help).

Michael
On Twitter @PRIUM1
Posted by PRIUM at 10:47 AM No comments:

The Opposite of Addiction is Not Sobriety

At the close of the blogger panel in Dana Point last week, Mark Walls asked each of the panelists what we thought needed to change in workers' compensation.  There's a lot of potential material there, I know.  And my co-panelists - David DePaolo, Bob Wilson, and Tom Robinson - all offered great suggestions that included more meaningful engagement with injured workers and simplifying the system with the aim of focusing on what matters most.

I took the "personal soap box" approach to answering the question.  Here's what I said (actually, here's what I meant to say):

I think that we, in workers' compensation, will spend the next 10 years paying for the sins of the last 10 years.  While we may have a (slightly) better handle on medication management for new injuries today, we spent the last 10 years paying for too many drugs to be given to too many patients.  And, as a result, for the next 10 years, we're going to be looking straight into the abyss of addiction.

We better learn how to deal with it because ignoring it is neither a clinical nor an economic option for payers.  Payers didn't write the prescriptions, but they did pay for them.  Resulting cases of dependence and addiction are natural extensions of medication treatment that long ago ceased to have any chance of resolving the underlying injury, but has instead led to a life (if you can call it that) completely consumed by the need for more drugs.

I don't have a silver bullet solution to offer here.  This is going to be hard and it's probably going to be expensive.  But if we do it right, as an industry, we can create models for how other systems (group health, municipalities, even countries) approach the issue.

Here's a place to start:
http://www.ted.com/talks/johann_hari_everything_you_think_you_know_about_addiction_is_wrong
My colleague, Scott Yasko, sent out a TED talk on addiction that I found fascinating.  Leave the political questions aside for a moment (the speaker, Johann Hari, offers some interesting thoughts on decriminalization, but don't get distracted by that...) and focus instead on the underlying psychosocial argument he's making.  (I should also acknowledge that Hari has a checkered past as a journalist, but his thoughts here are well-researched and profound... and presumably his own).  If you stick with it until the end, you'll hear him conclude:

Does that make you think differently about how we might approach the issue of addiction in workers' compensation?

Michael
On Twitter @PRIUM1
Posted by PRIUM at 10:27 AM No comments: