A World Without Work Comp

"I was carrying a steel pipe at work and it brushed up against an electrical wire.  When I woke up, I saw that everything was gone, and I just started crying... I've been begging for money in this same spot for 20 years.  All I can do is try to get my bread every day until God decides to take me home." 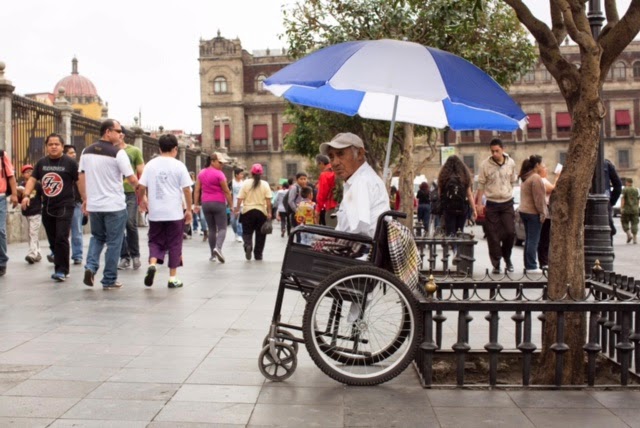 (If you don't follow Humans of New York on Facebook, you're missing something in your life.  This amazing project has gone from the streets of New York to a worldwide photo documentary of the highs and lows of human existence.  If you're looking for a little perspective, this is a great source.)

This particular picture and quote was taken in Mexico City some time Monday afternoon.  On the one hand, it made me sad for this man and his circumstances.  On the other hand, it caused me to reflect on the positives of our workers' compensation system in the US.  Frankly, it's not hard to criticize the system.  But there's also a lot good that occurs and I'm grateful to know that should I ever brush a steel pipe against an electrical wire while on the job, my prospects would likely be better than this gentleman's.

To paraphrase Churchill's thoughts on democracy: "Workers' compensation is the worst form of protection for injured employees... except for all those other forms which have been tried."